Touring outings: There are touring outings on Saturday mornings; you can sign up online with the other club sessions. Not all rowing clubs offer touring, so here are a few pointers to what it is and how it works:

Longer distance outings mostly in the Red Kites (heavier, stable boats with room for spare kit, refreshments etc – require same sculling technique as racing shell boats). A standard outing might be up river to Godstow (through one lock) or down to Radley (two locks), getting back to Falcon around midday. Sometimes we go further eg Eynsham, Abingdon and beyond, and occasionally we plan longer outings where the boat is taken by trailer to the starting point the day before. Examples of longer outings are:

Touring is great for people who are keen to row well and improve, but don’t want to take on the training and commitment that racing involves (though they’re by no means mutually exclusive - some tourers also race). It will also appeal if you enjoy the recreational and social side of rowing, and if you want to see more of the river. Longer outings may include picnic/pub lunch/river swim.

How much experience do I need?

You need to know the basics of sculling but loads of experience isn’t a prerequisite. You do need a degree of endurance and a willingness to take your turn coxing (we’ll teach you all you need to know!)

How do I take part?

You can put your name down for ‘Touring Rowing’ on the usual Falcon sign-up site, ask the Vice-Captain to have your name added to the Touring List. Touring will take place if enough people are signed up (if there aren’t enough people to form a crew, it’s usually possible to join the Weekenders). Please turn up for the outing if you have signed up and be in good time. On the third Saturday of each month we try to ensure that an experienced touring member is available and that a touring outing will take place.

Who can I contact if I have a question?

Whilst Falcon supports both adults and juniors wishing to row at competitive levels from local community groups including schools and disability groups it’s less well known that we also welcome older ‘returning’ rowers and offer adult aspiring rowers learn to row courses with no upper age limit. The new Sport England funded touring boat – a lighter weight Swift, so more easily launched – enables the crew to get onto the water without additional support.  This new boat also has enhanced watertight compartments, meaning that the boat can be used at more regional and national touring events which can often be conducted in more challenging conditions. 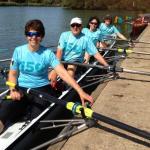 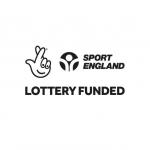 Read the latest infomation on Falcon and Covid-19

Donate to the new clubhouse

See how you can give through our pledge page.